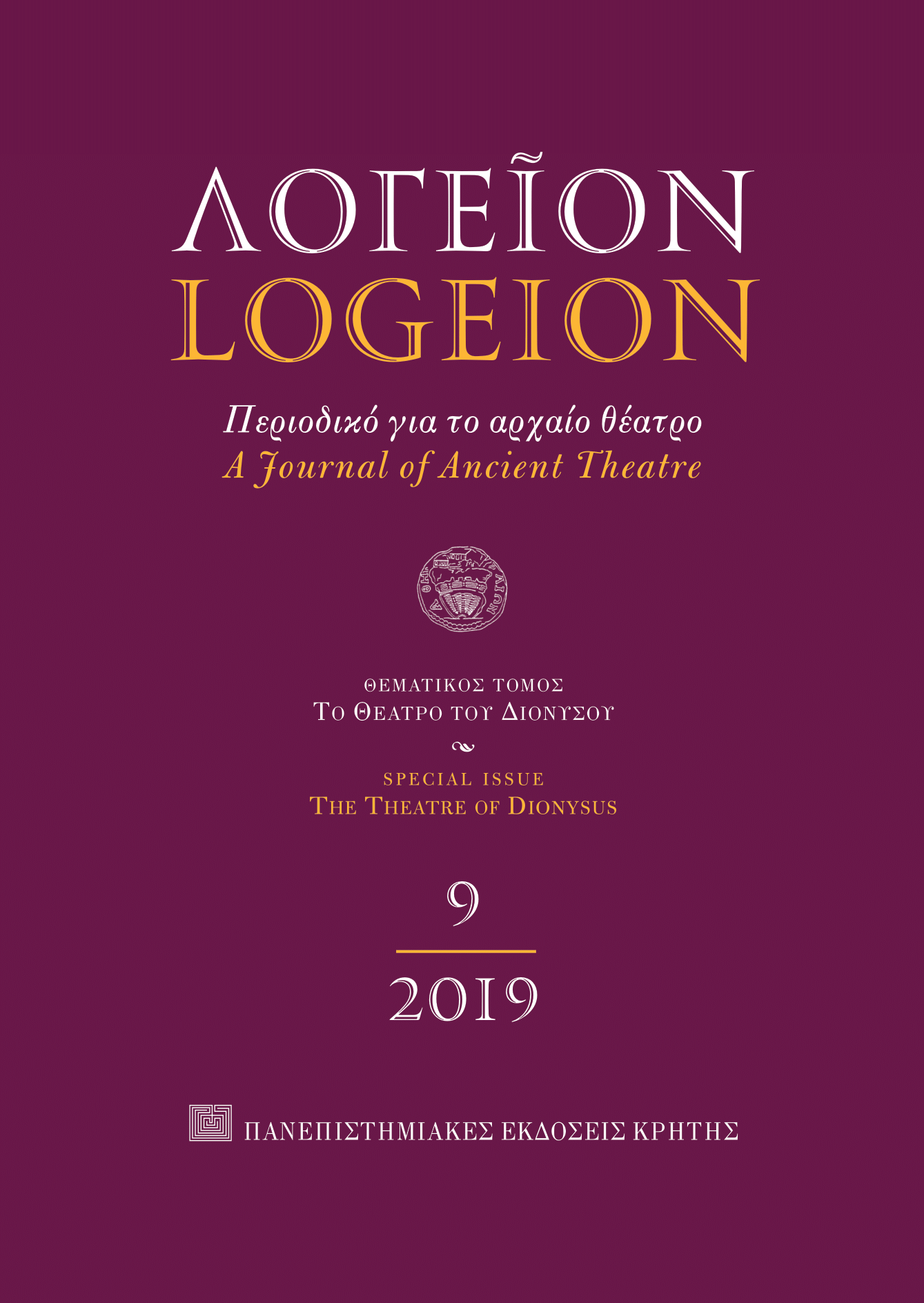 The author, continuing the work done by former scholars, investigates a number of fragments of POxy. 2256, which partly compose the Hypothesis (Title, Didascalia, Hypothesis proper, Dramatis personae) and the prologue of Aeschylus’ Laïos, the first play of the Theban tetralogy. He corrects away the palaeographic misreadings that hindered some fragments to be joined together, but also rejects the joining of 2256 fr. 9a-b in the group, i.e., the fragment dubbed “Dike-Drama”, which, as he firmly believes with others, comes from a satyr-play. Two large fragments from the prologue show that the play opens with Laius returning to Thebes from his exile, at the same time introducing, through their statues, two goddesses, Artemis Eucleia and Athena Zosteria, who will guarantee wealth, prosperity, and peace for the citizens. The statues of the goddesses, whose setting up in the agora at Thebes was attested by Sophocles OT and Pausanias, are added to those of the other guardian gods of the city and remain on stage till the end of the trilogy in Septem contra Thebas.